Why We Need to Read Challenging Books: A Discussion of The Power, by Naomi Alderman

Writers tell stories for a multitude of reasons and people read stories for a multitude of reasons. I think what we get from the reading experience is very personal, and sometimes we simply want to use that story as a method of entertainment or escape. I don’t there’s anything wrong with that (actually, I think it’s awesome). But what about books that don’t bring entertainment or escape, but instead challenge us? I mean, books that are just plain hard to get through, both philosophically/thematically and narratively. How do we approach those? I’ve been thinking a lot about this very topic since I finished The Power by Naomi Alderman. It’s a book with a lot of strengths, but I also found it, to be frank, quite challenging on a number of levels. And yet, if someone were to ask me if I would recommend it, I would emphatically do so. To me, The Power fits into a larger canon of books that I think are necessary specifically because they are challenging to read. And I’d like to talk about why that is. 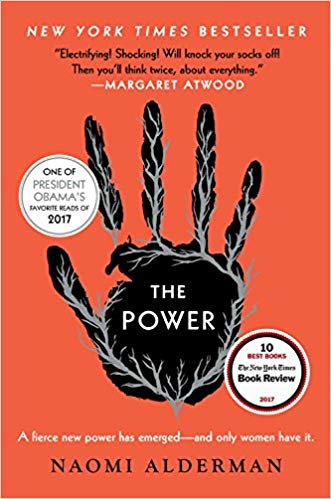 There’s a lot to be said about the strengths of The Power. The story shifts expertly between point of view characters, each voice strong enough to stand on its own and yet necessary for the fullness of the story. The story arc itself is well placed and burns so slowly that as a reader the ending feels like it comes on suddenly and yet is complete. And the actual writing is fluid and engrossing: I found it hard to put the book down after I started. Yet, for all of these strengths, this book was difficult—it challenged me.

On the surface level, The Power is an adult book with adult scenes. There are graphic depictions of violence and rape. There are cringe-inducing moments fully highlighting the awful reality of oppression. I mean, I am an adult but I don’t  revel in graphic violence or rape and generally don’t look for it in my reading material. It makes me uncomfortable. And the themes of the book are challenging as well. You’d think that, as a feminist, I’d be ready for a book like The Power. I mean, the main plot centers around the idea that one day, women are able to produce electricity from their bodies. They have a new organ that produces electricity, and like electric eels, women can shock others around them. And so, from this wonderful science fiction premise, we see what happens to a world where women now have the natural upper hand when it comes to physical strength. We see how the world shifts on a big scale politically, and we see how things change on the micro level in the individual relationships between the characters. And so, from these events themes of not just gender but also the nature of power structures and how we link them to violence emerge. And this for me was the most challenging part of the book, not because it necessarily threatened my worldview but because, in this discussion, the book seems to posit that power (or, authority if you prefer that term) is not given/taken because of natural superiority or the system chooses the most gifted person, but because we as a society, all of us, privilege those capable of violence and grant them power. And that sucks. It’s a dark view of the world and it also doesn’t leave a lot of room for hopeful change.

However, even if this is a difficult book, a book that was hard to read at times, I still feel it’s important. As I said, we tell and read stories for a multitude of reasons, including learning. We shouldn’t ignore stories that challenge our world view or seem to hold up a discouraging prospect for out future. We should learn from them instead.

Right now the themes of this book feel very necessary to our world. With Gamergate a few years ago and the #MeToo movement now, gender equality is very much part of the public consciousness, and at least in the USA, with an election on the horizon, it’s important that people consider carefully the sort of world they want to live in and the ramifications of our hopes. We need books like The Power to get us thinking about the natural complexities of our world, about how we grant authority, about the real-world consequences when authority is privileged through violence. In short, we need to feel uncomfortable and challenged in order to move forward as a society.

Despite it being a hard book, I did enjoy The Power. I think many of you would, too, although I would suggest that parents read it first before passing on to younger readers. As I mentioned its got some graphic stuff.

One response to “Why We Need to Read Challenging Books: A Discussion of The Power, by Naomi Alderman”

The Art Or Endeavour Of Being Lucid In A World We Live In... Secrets Of The Psychics... Energy, Universe, Futurism, Film, Empowerment...Digital Abstract Art Rendering...